Since we’re hurtling toward January 1 at warp speed, I’m here with 5 ways to avoid resolution failure in 2018. 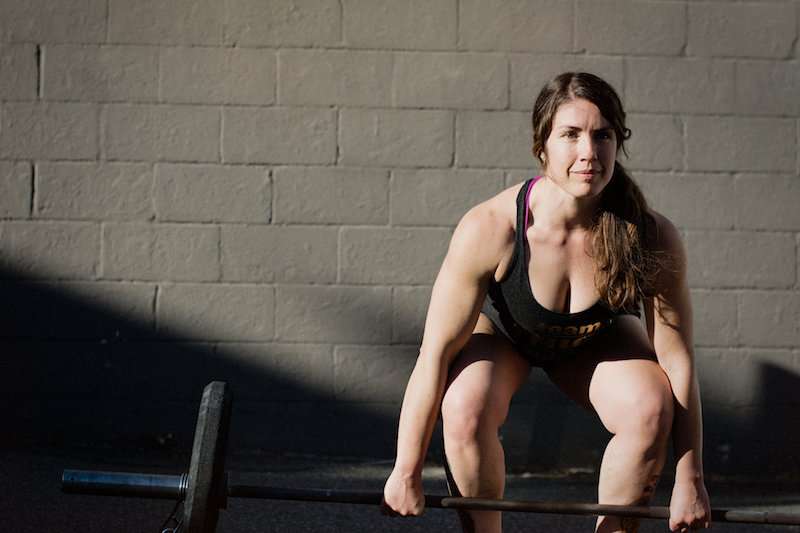 I know. There’s a zillion blog posts about this.

Everyone and their brother is bound to be talking about why New Year’s Resolutions suck or, conversely, why they’re the key to your success, happiness, lifelong achievement, and good hair.

I’ve got quite the history with resolutions.

…proclaiming to the Universe the kind of person I was finally going to become. O! The chance to finally prove my worthiness, if only I could stick it out past the first couple weeks.

And then, I’d inevitably fail at meeting said lofty goal, feel crappy about my lack of follow through, and then use that as proof of the shit, unlovable, rotten-to-the-core human that I really was. Not exactly healthy.

But then in January 2010, I resolved to “go paleo.” It was just another notch in the belt of New Year’s commitments that I’d excitedly make…everything from giving up meat (2007, maybe?) to losing the 10 pounds that I thought would make me fucking happy (every year, in perpetuity).

When the 10th of January 2010 rolled around – just checked…it was a Sunday – I took a big-ass trash bag and cleared out my pantry and fridge. I chucked out boxes of cereal, tins of black beans, and everything that wasn’t on the giant list of paleo “yes” foods that I’d found.

At first, it felt like every other resolution I’d ever made. Full of optimism and vigor and huzzah, poised on a knife edge to fizzle out quicker than a firework.

But then, something happened.

What made the difference? What about my 2010 proclamation helped me avoid resolution failure?

I realize, looking back, that I incorporated most of these strategies I’m sharing below. 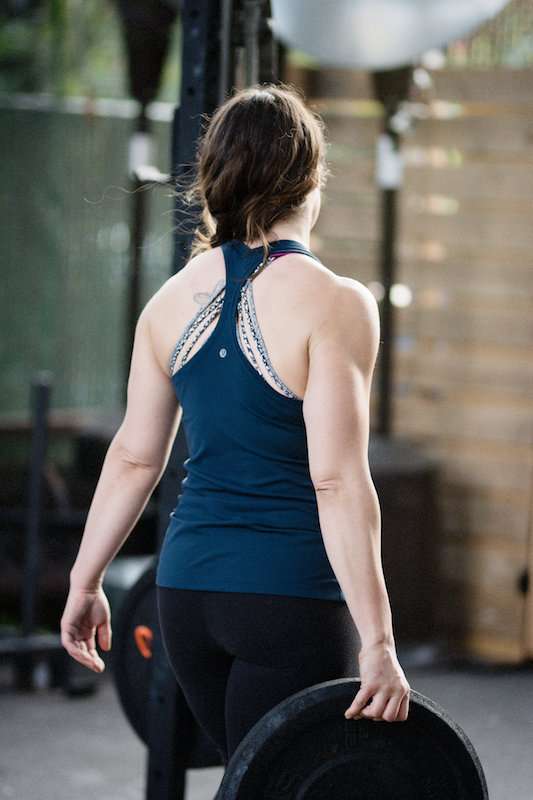 Look, I don’t make New Year’s Resolutions anymore – that’s my personal take on it – but far be it from me to tell you what’s right for you. We’re all different.

That being said, I’ve been coaching people for a long time, and there are strategies for making your resolutions actually work. Yes, that means throwing out the way you’ve been doing New Year’s Resolutions…and doing them damn better.

So on January 1, instead of the old chestnut of “I’m finally going to lose those 10 pounds” (again) here’s what to do instead.

Nobody wants to hear this. Take the “I want to lose ___ pounds” weight loss goal and forget about it.

“But Steph,” you’re protesting right now, “everyone keeps telling me goals are the holy grail.”

Goals matter to some extent. But the way you’ve been taught to set them is all backwards.

When you set the goal of losing 25 pounds, that’s the outcome you desire. You inevitably expect that reaching this goal will be fast and linear (the scale only ever going down). But it’s not. Logically you know this.

And when the scale weight doesn’t go down quick enough or – heaven forbid – it stalls or climbs, your self-worth is shattered into a thousand tiny pieces. (I know because I played this game of voluntary torture with myself for years.)

Avoid resolution failure by swapping outcome (25 pound weight loss) for process, what you commit to doing every day to get yourself there. This could be putting something green on your plate today, getting to bed before 10 pm, or putting on your sneakers and walking around the block.

It’s not the outcome that gets you there, it’s your commitment to the process.

(And for the record, when I started paleo in 2010, the biggest process goal I stuck to was weekly meal planning.

Click here learn more about Real Plans, the most powerful meal planning program on the planet!)

Don’t fall into the trap of overanalyzing everything that you’re putting in your mouth, doing or not doing to your body. Yes, life is lived in the day-to-day, but it’s helpful to have a big picture birds eye view of the situation, too.

The most flexible, resilient people I know are able to vacillate between living in the moment and recognizing that one moment is just that. Avoiding resolution failure means being able to MOVE ON if you make an “off-plan” choice.

Let’s say that you ignore #1 above and set a goal to lose 25 pounds. Um, what happens if and when you reach the goal? You either have to maintain it or move the goalposts.

Sorry, Charlie, but that means continuing to make good choices a majority of the time for the rest of your life.

I said this to someone once, and their response was, “Wow, that’s depressing.”

When you take the 30,000 foot view, you give yourself space to make mistakes. It takes the pressure off making perfect decisions every single day and helps you realize that you’re in this lifelong relationship with your body. What you do over the long run matters most. 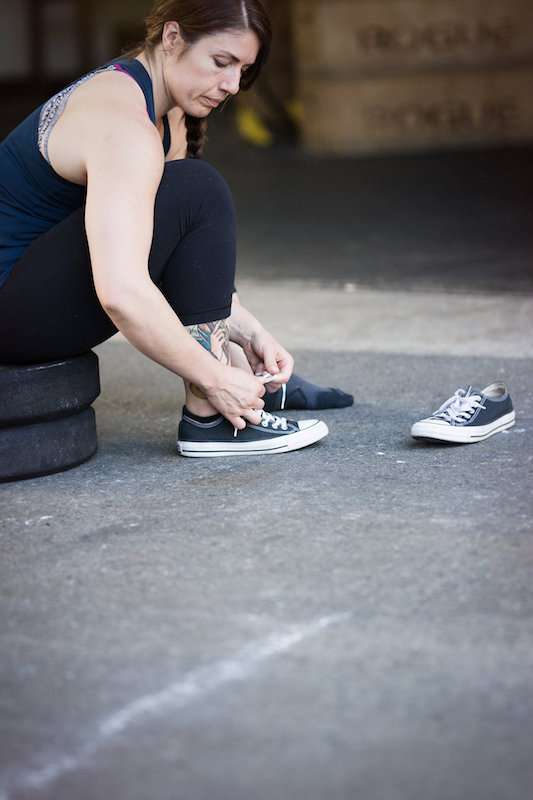 The third way to avoid resolution failure – though arguably the most important – is to get crystal clear about why you’re making it.

…but time and time again, most people I ask can’t answer the question, “Why are you doing this?”

And among the ones that can, a simple majority cite reasons that boil down to fear: I hate my body, my thighs are gross (that was mine), he’ll leave me if I don’t do this, they’re judging me, etc.

People assume that negative motivators, things that are really painful, will help them follow through on their resolutions…because humans are wired to avoid pain and seek pleasure.

This goes far beyond the carrot or stick approach, the old reward versus punishment debate. (Both are poor at spurring long-term motivation, by the way.) Instead, the most motivated people are the ones who are intrinsically motivated and clearly aligned to a purpose outside themselves.

If you want to dive into purpose even deeper, get Simon Sinek’s book, Find Your Why.

Understanding how you respond to internal and external expectations is a game-changer. In fact, this is one of the first things I have my clients figure out when we start working together.

The Four Tendencies is a framework by Gretchen Rubin, and it’s extremely illuminating when it comes to avoiding resolution failure and figuring out how you (and others) function regarding expectations.

Every January, you promise yourself that you’ll go to the gym 3 times a week. And by the end of the month, you peter out and barely go once. Your friend Jen, on the other hand, dutifully goes 3 times a week no problem. Secretly, you envy Jen and wonder why she’s such a good, worthy, disciplined person.

But then you take the quiz and figure out that you’re an Obliger. (It’s the most common tendency.)

Suddenly it all makes sense.

You go to a big box gym where nobody knows or talks to you. You work out alone. But you’re wired to follow through on external expectations. So you make plans to work out with Jen next week. Being accountable to Jen – your new workout buddy – makes all the difference, and going three times a week becomes something you look forward to.

I’m not saying that knowing your tendency will result in unicorns and rainbows. But in my experience, it’s pretty illuminating and helps you make small shifts in your choices that add up big.

(And if you’re wondering, I’m an Upholder.) 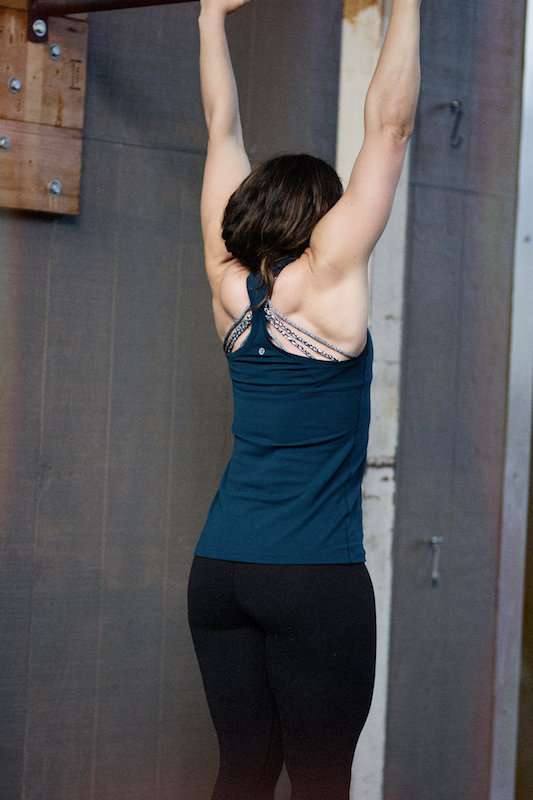 5) Choose a theme instead.

Okay, you might think that the trend of choosing a theme for the upcoming year is totally passé, but hear me out.

A thoughtfully chosen theme can help you avoid resolution failure.

Now, there are definitely some trends that should die forever – planking, anyone? – but for me, the yearly theme will live on. It’s way less rigid than a resolution and tends to be far more positive and hopeful because it sets an intention.

And in a way, themes are like everything I’ve talked about so far rolled into one.

There’s no hard and fast rule, but I’d recommend a word or phrase that guides you through making tough choices.

In 2016, mine was “Connect”…a reminder to put myself out there more and build relationships despite my introverted nature. For 2017, I chose “Dare” to help me get out of my comfort zone more often. And for 2018, my theme is “Grace and Space”…a reminder to slow down often and be more present.

A theme isn’t all-or-nothing thing like resolutions tend to be…it’s not a pass / fail test. 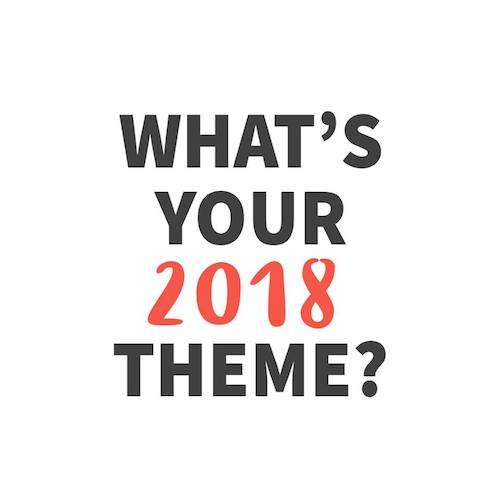 In conclusion, New Year’s Resolutions as we tend to make them are pretty useless…

…but if you’re set on making some this year, I hope these tips will help you craft better, more useful commitments to yourself.

For best results, remember to: 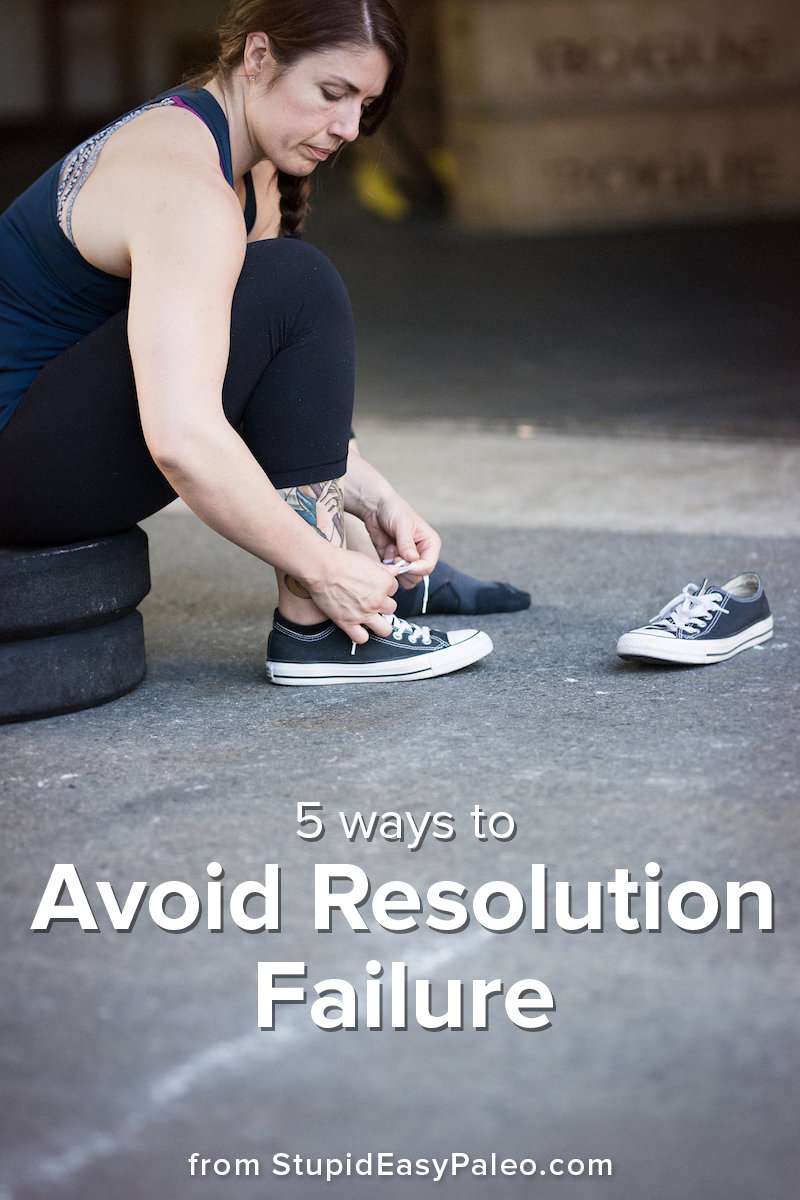 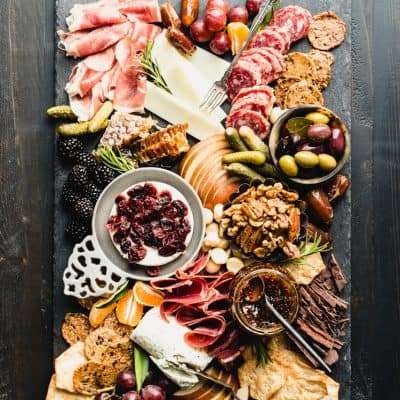 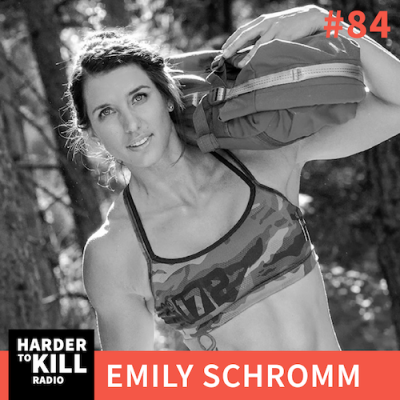 Get the 3-Part Guide to Ditching Food Guilt