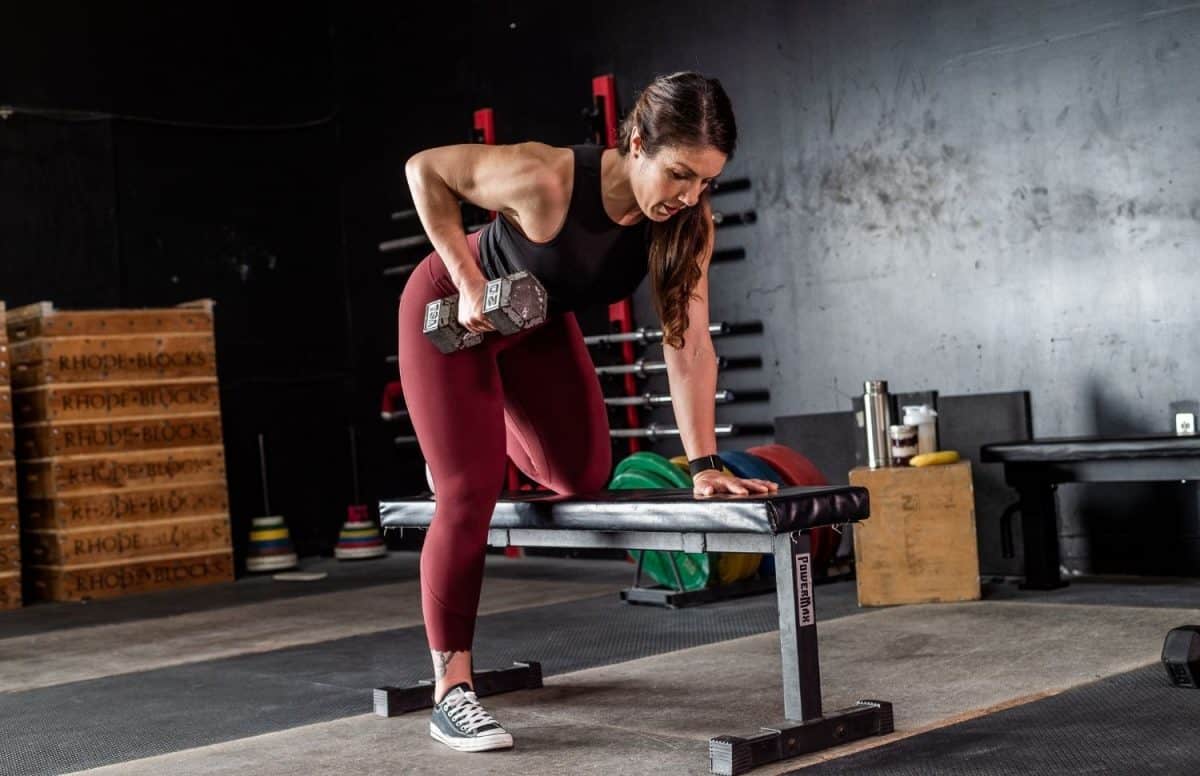 When it comes to getting stronger, functional movements are the big strength builders to include in your workouts.

In this post, you’ll learn 7 functional movement patterns to include in your workouts every week.

What are Functional Movement Patterns?

Most exercises are functional to some degree; that is, they help you move around your day better or have real life application.

Functional movement patterns that include multiple joints and / or large muscle groups are called compound movements.

A compound movement example would be a squat. When you squat, you’re using the ankle, knee, and hip joints. You’re using the large muscles of the glutes and quads (thighs).

Isolation exercises, on the other hand, tend to focus on only one joint. An example is the biceps curl. You’re really only using only joint: the elbow. And you’re focusing mostly on one muscle group: the biceps.

Functional movement patterns also mimic daily motions like sitting down to a chair, picking something up off the floor, or putting something away overhead.

Why Use Functional Movement Patterns in Your Training?

The functional movement patterns are an efficient way to exercise.

1) You use multiple muscle groups. Because functional movement patterns involve more than one joint, you’re recruiting more muscle groups than you would in an isolation exercise.

2) You can load them heavier. If strength is your goal, you have to challenge yourself gradually over time with the principle of progressive overload. This can mean increasing the weight you can lift over time. For example, you can generally shoulder press more weight than you can bicep curl.

3) You challenge your whole body. Often, you’ll do functional movement patterns while standing. Even if you’re working a press motion with your upper body, your core and legs are still doing work while you’re standing.

What are the 7 Functional Movement Patterns?

Depending on where you look, you’ll see some variation in these core functional movement patterns. For example, some coaches include Rotation while others don’t.

Here are 7 functional movements to help you build strength:

Squats emphasize the lower body, particularly the quads. These are a staple for stronger legs. When you squat, your knees and hips bend. The technical term for that bending is flexion. Squats are also categorized as a knee dominant compound movement.

Squats can be focused on both legs working at one time, or bilateral. Other squats can have a single leg or unilateral bias.

Daily life application for squats: sitting down and standing back up

A hinge movement pattern is also a lower body exercise, but tends to emphasize the back of the legs – hamstrings and glutes – and even the lower back. They tend to train opening (extension) of the hip. Unlike a squat, in the hinge, you tend to see far less bend in the knees.

The knees may be softly bent but you’re not flexing them through their full range of motion. For this reason, hinges are often called hip dominant compound movements.

Daily life application for hinges: picking up something heavy off the floor

Lunges are sometimes included in the squat category but they’re often listed separately as a functional movement pattern. The lunge is a knee dominant pattern.

Examples of lunges are step ups and forward, lateral, reverse, and walking lunges.

A push or press functional movement pattern involves moving a weight away from the upper body. You can push horizontally or vertically.

Examples of a horizontal push include the push-up, floor press and bench press.

Daily life application for a press: putting away something heavy overhead

The pull is opposite of a push. This is when you’re moving a weight toward your body. Like a push, the pull movement patterns can also be horizontal or vertical.

Examples of a horizontal pull include dumbbell or barbell rows.

In my coaching experience, they’re the most often overlooked, but they’re highly effective. Your whole body is working to carry the load. And, depending on the type of carry, they’re also great for improving grip strength.

Daily life application of carries: carrying all the groceries

The rotational movement pattern is another powerful pattern that can be overlooked.

Many sports are dominant in the frontal or lateral plane. But rotational strength and power can be an important part of a well rounded plan. Resisting rotation – called anti-rotation – is a great compliment to the rotational pattern.

Examples of rotational movements include medicine ball throws and woodchoppers.

Anti-rotational examples include the Pallof press, dead bug, bird dog plank pull-throughs and even unilateral leg exercises such as the single leg or suitcase deadlift.

Daily life application for rotation / anti-rotation: twisting / stabilizing if you start to fall

How to Use the Functional Movement Patterns in Your Training

If you’re someone who likes to plan your own strength workouts, you can use the functional movement patterns to create a foundation each week.

From there you might customize with different variations, tempo, and load as time goes on.

For example, you might pair a squat with a pull. Or you may do a hinge with a press.

If you want a longer workouts, maybe include bilateral (two arms / legs at once) with unilateral (single arm / leg) exercises.

Want to get stronger with functional movement patterns in 30 minutes or less? Check out the Made Strong Program!

Functional movements form the foundation of a solid strength training plan that will get you results. You’ll get stronger and build muscle. When combined with isolation exercises, mobility work, and cardio, these 7 movement patterns are all you need.

The basic 7 functional movement patterns include:

Work them bilaterally and unilaterally to challenge strength, balance, and coordination.

I recommend a starting poitn of 2 to 3 full body strength sessions per week for best results.

For help with a simple strength training plan based on functional movements, get the Made Strong program. 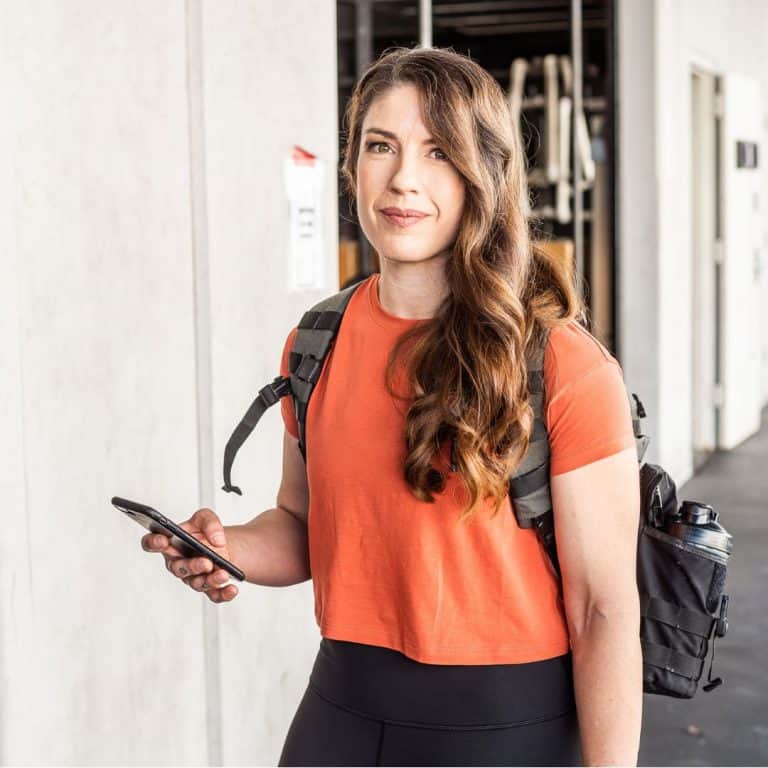 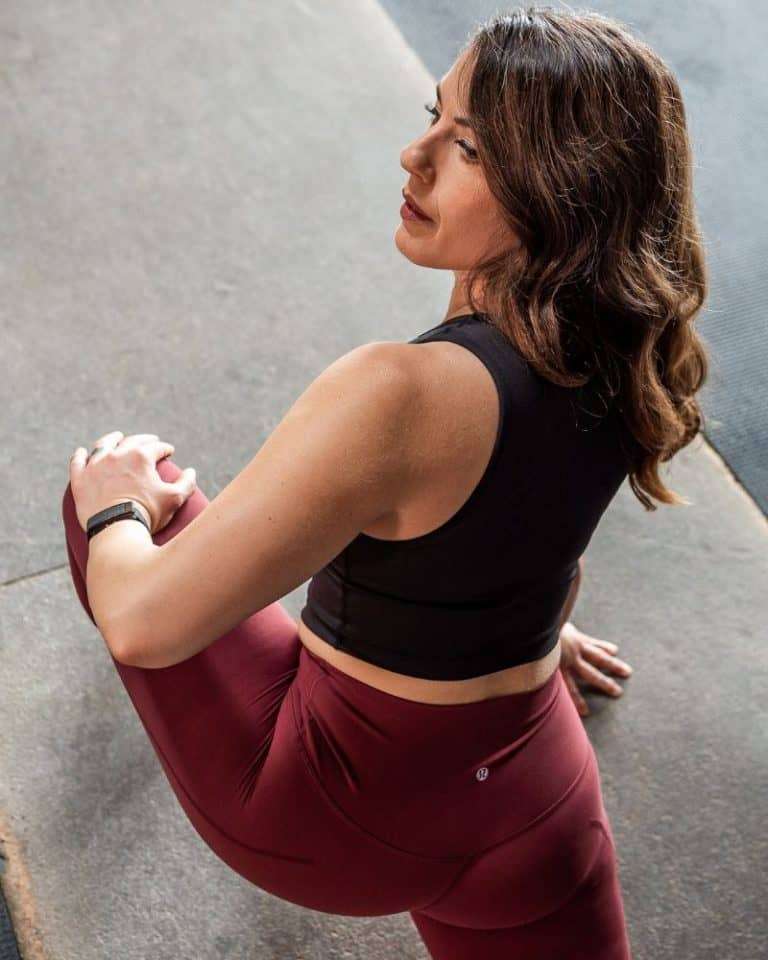 Exercise and the Menstrual Cycle 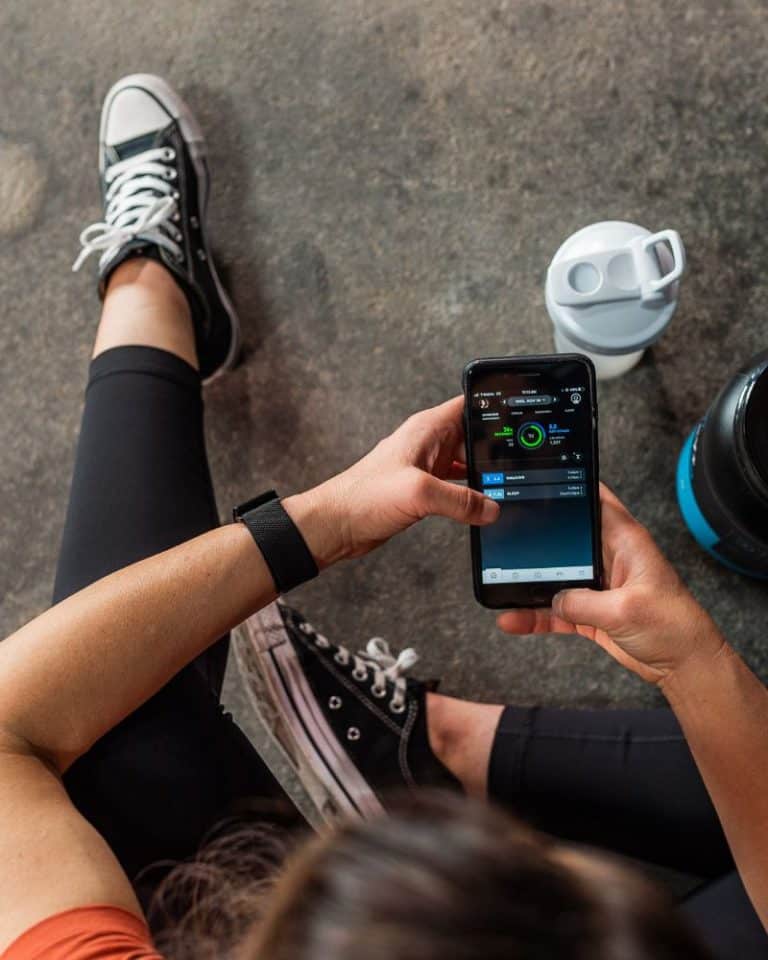 How to Increase Whoop Recovery Scores 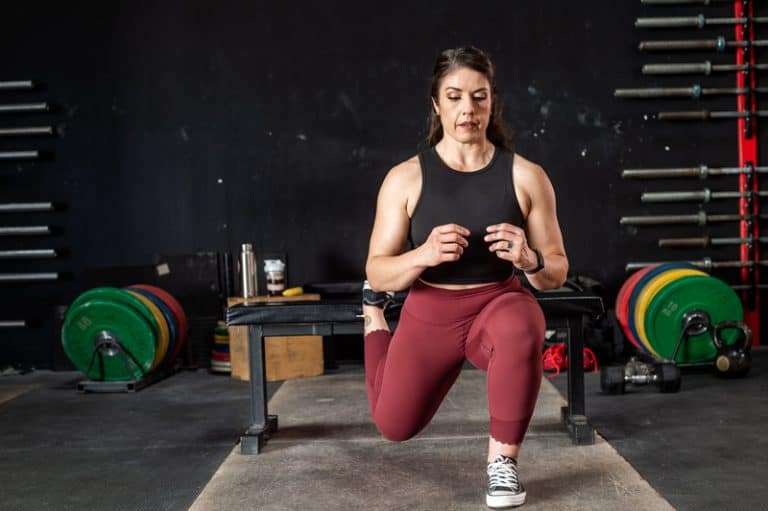