Apple Cinnamon Maple Bacon Sweet Potato Hash is one of my favorite breakfasts. Sometimes inspiration can come from anywhere if you’re open to it, and this one is no exception. I stopped by the local Whole Foods yesterday after looking up the calendar of my favorite food truck, Not So Fast Food.

The owners, Bob and June, 1) cook some damn tasty food; 2) completely get the Paleo / Primal way of life; and 3) are the nicest freaking people on the planet. After chatting with Bob, he gave me a taste of a new dish he’s working on and while I can tell you this isn’t exactly same, this recipe is inspired by what he gave me.

Consider it a little treat of those of you who may never get to San Diego to visit.

I *did* add a dash of pure maple syrup as a finishing touch, but please feel free to omit if you’re on a Whole30, 21 Day Sugar Detox or similar. One way to speed this dish’s prep time is to shred a few sweet potatoes and store them in the fridge.

How to Make Shredded Sweet Potatoes

I used a shredding blade on my food processor but you could use a box grater or even dice them very finely by hand. I prefer to cook my bacon separately; instead, you could render the chopped bacon and then use that fat to fry the potatoes. Ghee makes it taste better to me so that’s what I use instead. 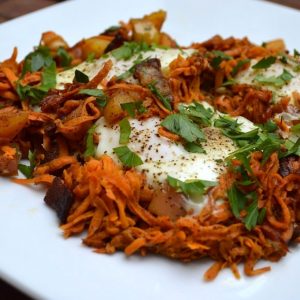 This Apple Cinnamon Maple Bacon Sweet Potato Hash is the perfect Paleo recipe for a lazy Sunday morning. Make it this weekend!

What’s your favorite breakfast for a lazy Sunday? 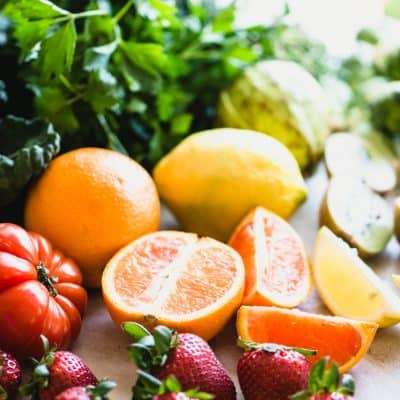