I conquered my sugar addiction. This post is about my past as a sugar junkie…and what I did to get out of sugar’s grip. It’s taken a long time and many failures to get to where I am today.

Once Upon A Time

Girl meets sugar at a young age. Girl falls in love with sugar. Becomes overweight. Struggles with diets. Is always hungry. Finds exercise. Tries to “get healthy”. But refuses to break up with sugar. And so, the dysfunctional relationship between girl and food continued into adulthood.

That girl *was* me…until I found the Whole9. But let me back up a little.

My Tumultuous Food Past

Growing up, I was overweight kid. Okay, I was fat.

Though my mom made a variety of healthy meals, I knew how and where to feed my sugar/junk food addiction. I loved carb-heavy foods like pasta and bread, and say no to dessert?! Never! Soccer kept me active, and I continued to play into high school. I also joined the track team and started tae kwon do, and though my weight came down a little, I hated my body. Eating made me feel guilty.

Eventually, I had to quit track and get a part-time job during senior year. The freshman twenty struck early, and I topped out at over 165 at 5’3″. So I did what any logical teenager would do…join a gym but keep eating what I always did. Not too long after, I found mountain biking.

Now in college, I ate a lot of processed food and worked as a cake decorator (Danger, Will Robinson!) though I was active enough to shed some weight. I remember, though, never feeling happy about my body and like something was missing. I had acne breakouts, low energy, mood swings and was always hungry.

Exercise had now become second nature to me – I loved working out and riding my bike – though I was always fighting with food. Most of my 20s was spent experimenting with all sorts of diets: Weight Watchers, vegetarian, high carb/low fat, etc. Nothing ever worked. Eating became a psychological battle riddled with worry about consuming too much fat.

Then I Found Paleo

In late 2009, I heard of Paleo from a fellow mountain biker and dear friend. “What?! Give up grains, dairy, and legumes?! This sounds nuts! How am I supposed to fuel?” I wondered. As an endurance athlete (multi-hour mountain bike races), carbs were a staple in my diet. Nevertheless, on January 10, 2010, I cleared out my kitchen and decided to “go Paleo”. Kinda. Like 80%-kinda.

Grains and sugar were still in my diet in low levels (sports bars/gels/drinks, post-ride trips to our favorite Mexican eateries, etc) though I cooked and ate “pretty” clean at home. And yet still, I could not stop my sugar addiction–candy, baked goods, even diet soda–seemed to hold an inexplicable, magical grip over me.

I would “snack” on M&Ms and Coke Zeros though the idea of avocado seemed sinful, taboo even. Butter? Fuhgeddaboutit. Red meat? Almost never. MORE grains? Why, certainly! 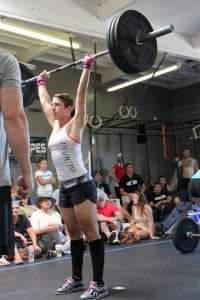 I was introduced in August 2010 by yet another friend (I hang out with such smart people!) and was instantly hooked. I always joked about my pseudo-muscles because though I appeared to be toned in the upper body, I couldn’t do a single pull up and push ups were laughable (though I could ride my bike for 12 hours at a time and had endurance). I skipped over the nutrition part of our on-ramp–hey, I already “knew” Paleo, right?!

Immediately I saw gains in strength and muscle mass while body fat decreased. I added Olympic weightlifting to the mix and became even stronger and faster. Nutrition-wise, I tried Zone. For a week. I cannot weigh or measure my food without it becoming a downward spiral of obsession (remember my WW stint?) or guilt (I ate 1 tbsp too much of…). So, I kept on pseduo-Paleo’ing and by now, the sugar gremlin was the size of a sugar Kraken–enormous, scary and seemingly impossible to kill.

How I Finally Conquered My Sugar Addiction

As my circle of CrossFit and Paleo friends began to widen on Twitter (Six-Degrees-of-Kevin-Bacon-like), I started to see lots of #whole30 and #whole9 hash tags flying about. After going to the Whole9 website and devouring the articles, blog posts, and Manifestos, I knew without a doubt that this was the next step in my Paleo evolution: I would finally begin walking upright…no more knuckle-dragging!

Everything made perfect sense to me. To shake this sugar demon, I had to suck it up and commit. Armed with a buddy (my dear friend Jen), a Whole9 shopping guide, and a whole bunch of common-sense information, I did it: I went Whole30.

Those 30 days changed me to my core. I became cognizant of what I ate and focused a lot on food quality. Red meat wasn’t scary or off the menu anymore. I ate fat. Lots of good fat. I eliminated all dairy, grains, legumes, sugar and everything on the “don’t” list. And here’s what I got:

I got rid of the nasty, heavy, bloated feeling in my belly. I never realized it was abnormal (when you live with things daily, what becomes the new normal?). My skin cleared up (I had been very acne-prone all my life). I no longer felt the upper respiratory congestion I experienced when I used to consume dairy. I felt strong and continued to set PR’s in the gym and ride my bike long distances without an issue (goodbye, Honey Stinger Waffles *sniff*).

My mind was clear, and I had plenty of energy. I felt healthier than I had in years!! And Clash of the Titans-style, I conquered the sugar Kraken!! And so (with another Whole30 under my belt and one currently in progress), I continue to eat clean, the Whole9 way.

I have delved even further into primal/Paleo/clean/anti-inflammatory nutrition, reading and learning more whenever I can because I realize: this makes sense!There is no measuring or weighing. It’s not complicated. Healthy food is simple by nature. And, it’s only 30 days of your life. I bet you’ll feel better after you’ve tried it (and I’m not a gambling woman).

Where Do I Go From Here?

I hold a bachelor’s degree in Biology and have been a high school biology/chemistry teacher for more than decade. When I think of everything I was taught about the USDA’s nutritional guidelines, food pyramids, and “healthy whole grain” campaigns, I get angry! Why didn’t I know the real story?! I felt lied to and swindled.

And then I realized that even though I can’t reverse time, I’d love to help others learn what I didn’t. After all, I teach by profession, and I am passionate about nutrition/health. Call me a clean-eating zealot! I know I can make a difference–simply by talking to folks out there who are like me and have struggled with food but want to make a change or by posting recipes on my blog. I’ve struggled and succeeded.

I killed the Kraken. You can, too.

Do you have questions about how I beat my sugar addiction? Let me know in the comments below! 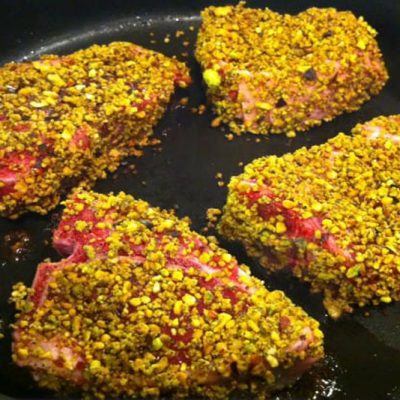 Tired of Feeling Guilty About Food?