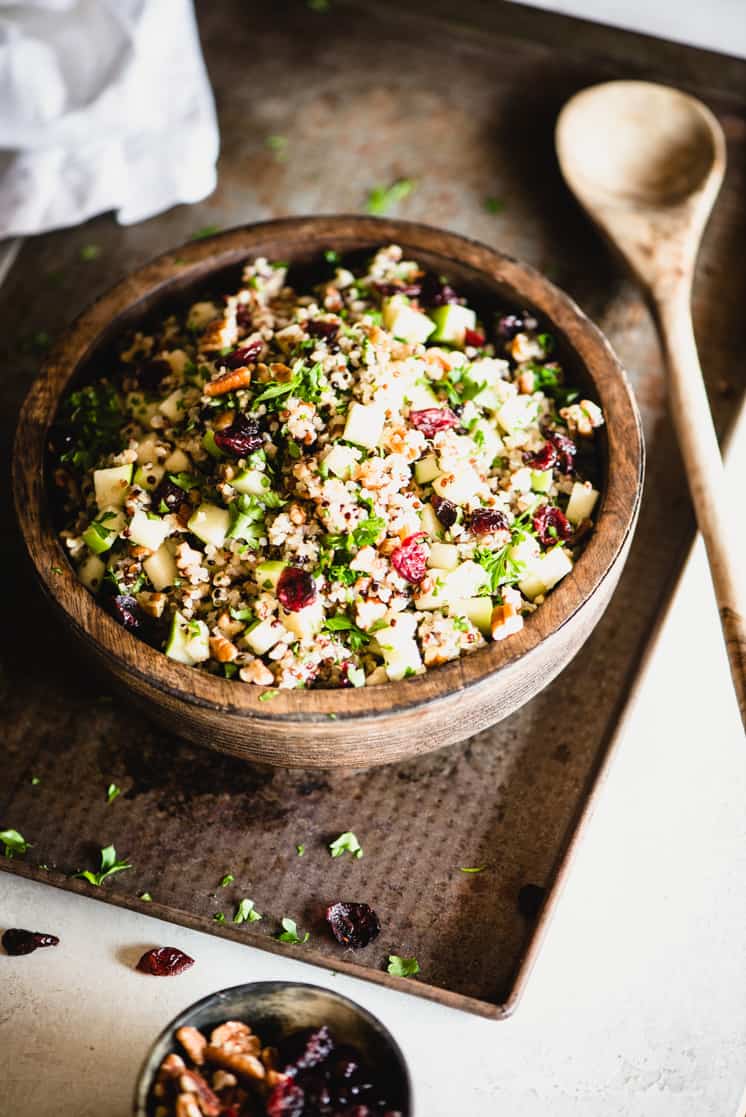 Fall Quinoa Salad is packed with all the flavors of the season I love. Crisp green apple, sweet-tart cranberries, crunchy pecans, and fresh parsley pair so well with the earthy gluten-free quinoa. And it’s just in time for your holiday table or fall meal prep. 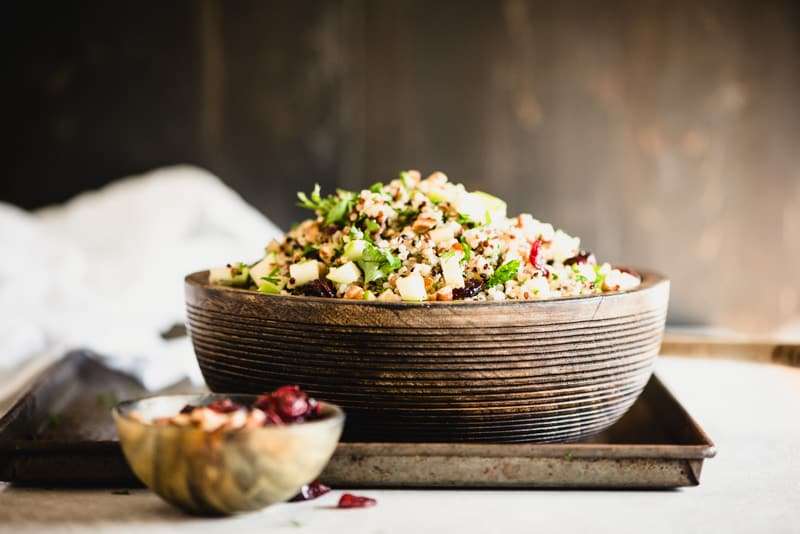 What is Sprouted Quinoa?

Surprised to see quinoa on the blog? Well, now that I’m focusing on a bioindividual approach to nutrition, I’m expanding my gluten-free recipe offerings a bit. For a long time, I didn’t cook with quinoa. But after doing some experimentation and feeling no ill effects from it, quinoa has made its way back onto my menu from time to time.

Remember, do you, boo.

While I’ve welcomed quinoa back, there is something I’m doing differently: using sprouted quinoa. In essence, soaking and sprouting grains, grain-like seeds, seeds, and nuts causes the delicate plant babies inside to germinate. This kicks off a host of biochemical reactions that makes these foods a bit more digestible for us humans.

Most of the time, I buy pre-sprouted quinoa (from here) to cut down on prep time. However, it’s also pretty easy to soak and sprout your own.

How to Cook Quinoa

Turns out, it’s really simple to cook quinoa for this Fall Quinoa Salad and any recipe, really. In fact, cooking quinoa is similar to cooking rice. Essentially, you use a 2:1 ratio of liquid to quinoa. I used water for this recipe since I was adding other ingredients, but you can also use broth to introduce more flavor.

Bring the liquid to a boil with the quinoa already in it, reduce to a simmer, and cook for 10-12 minutes until all the liquid is absorbed and the quinoa is soft and no longer opaque. 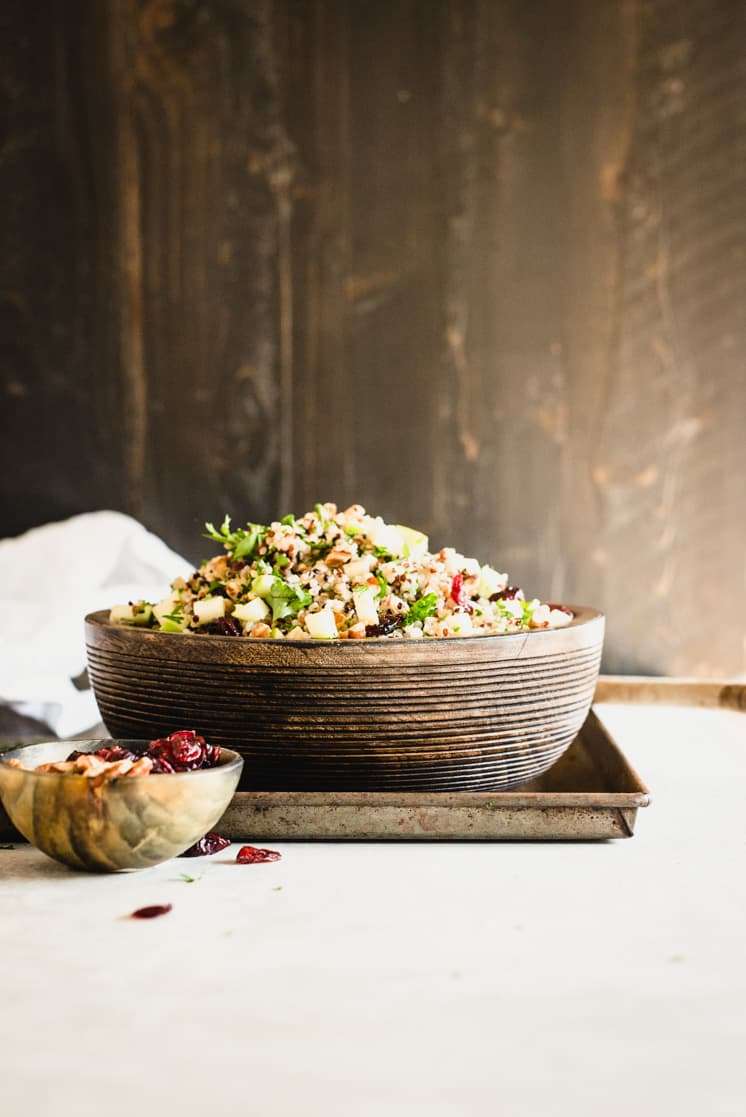 How to Make This Cold Quinoa Salad

Making this fall quinoa salad is so simple. You can serve cooked quinoa hot or cold. In this salad, I cooked the quinoa while I prepared the other ingredients. Once the quinoa was finished, I let it sit until it was cool. Then, I added the apple, parsley, cranberries, and pecans.

After that, I gave it a good toss and added the dressing. If you wanted to make this ahead of time for meal prep, you can leave the dressing on the side until you’re ready to eat. Serve this Fall Quinoa Salad alongside a protein like my Cranberry Orange Turkey Thighs for a complete meal.

Of course, it’s so easy to swap ingredients in this recipe. Don’t like pecans? Use walnuts or almonds instead. Not a fan of dried cranberries? Try dried cherries or blueberries…or simply leave them out.

And for a lower carb version, you could attempt with riced cauliflower. Full disclosure: I didn’t try it that way, so no promises. However, I’ve made grain-free tabbouleh that way in the past, and it was absolutely delicious. 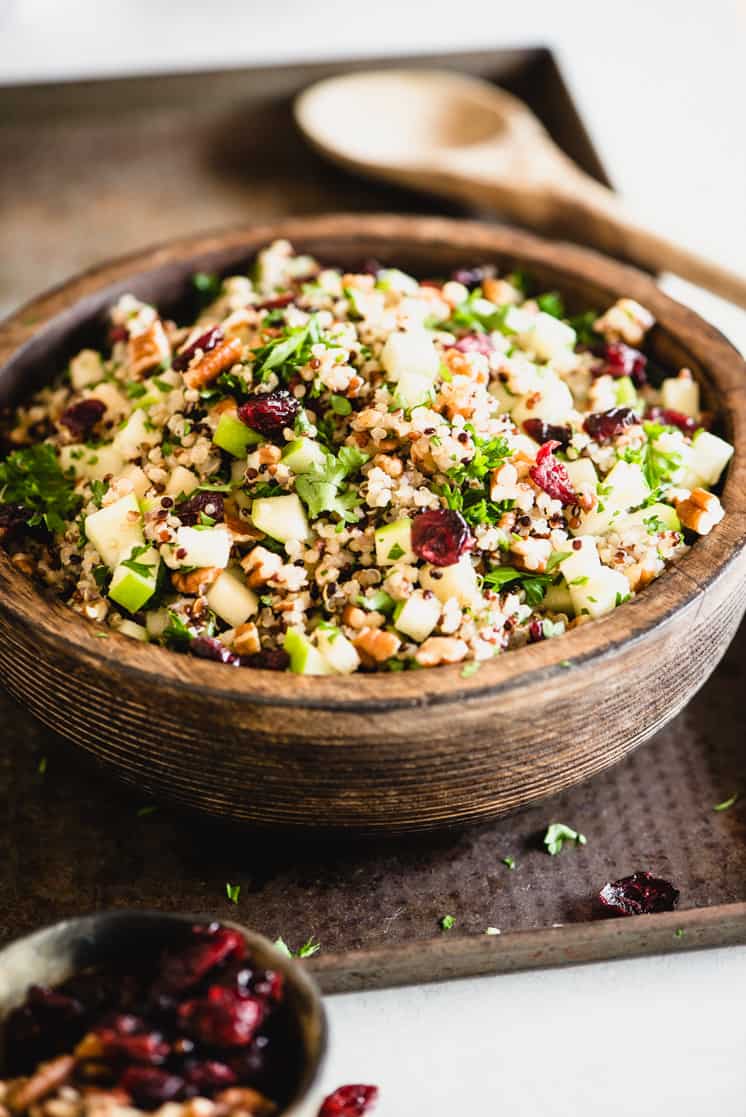 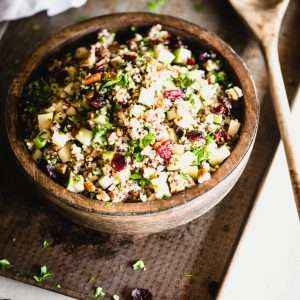 Fall Quinoa Salad is a scrumptious and simple side dish with the flavors of apple, cranberry, pecans and a fresh apple cider vinaigrette. It's gluten-free! 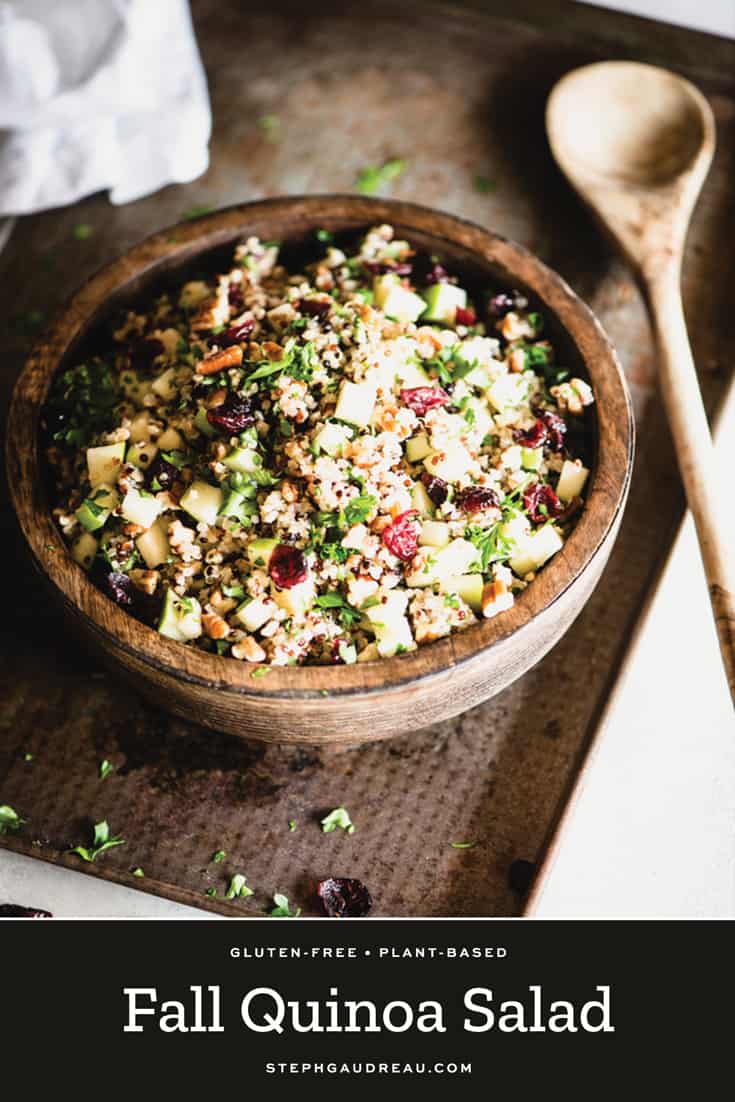 Love this recipe? Leave me a rating and comment below. I love hearing from you! 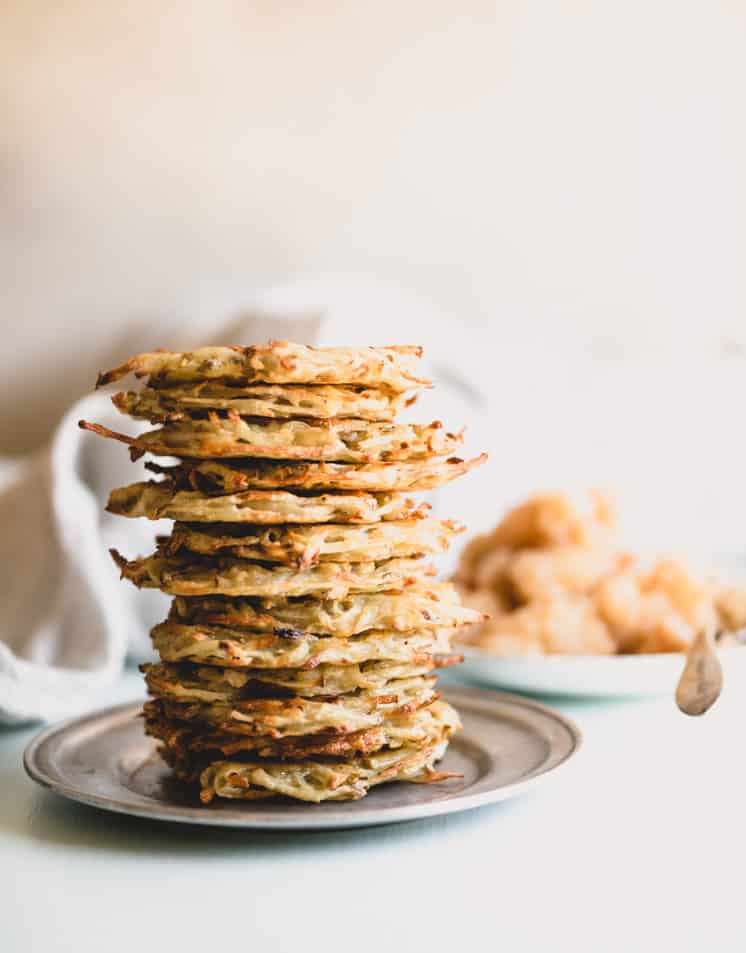 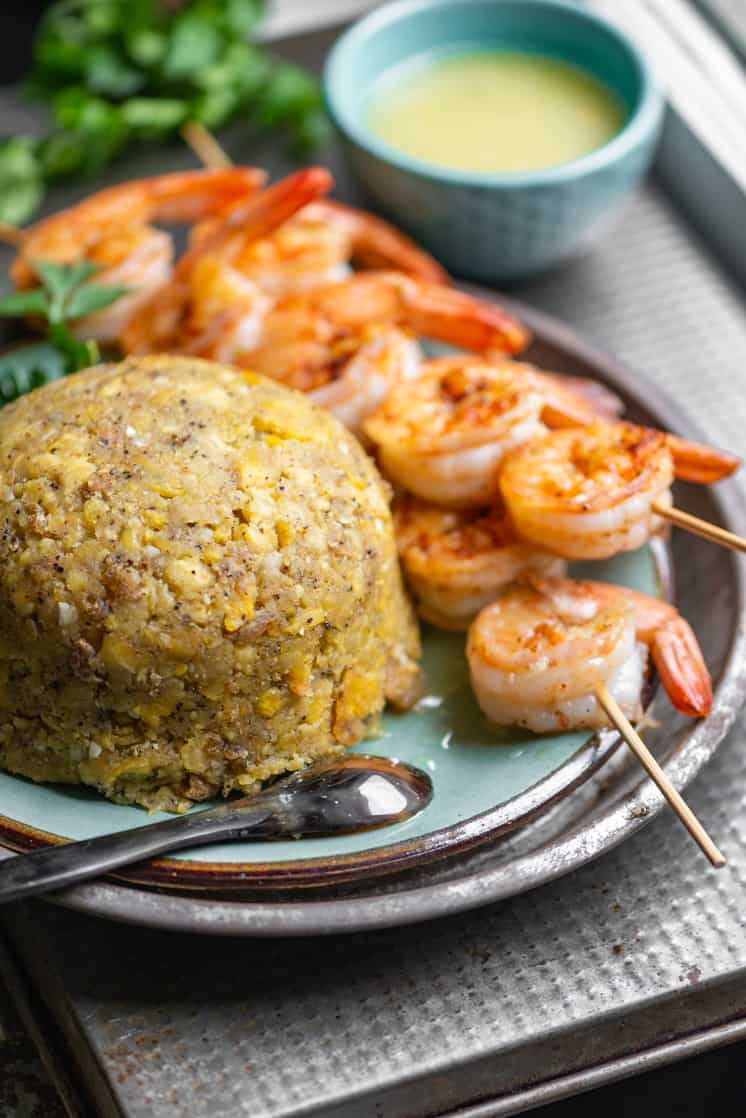 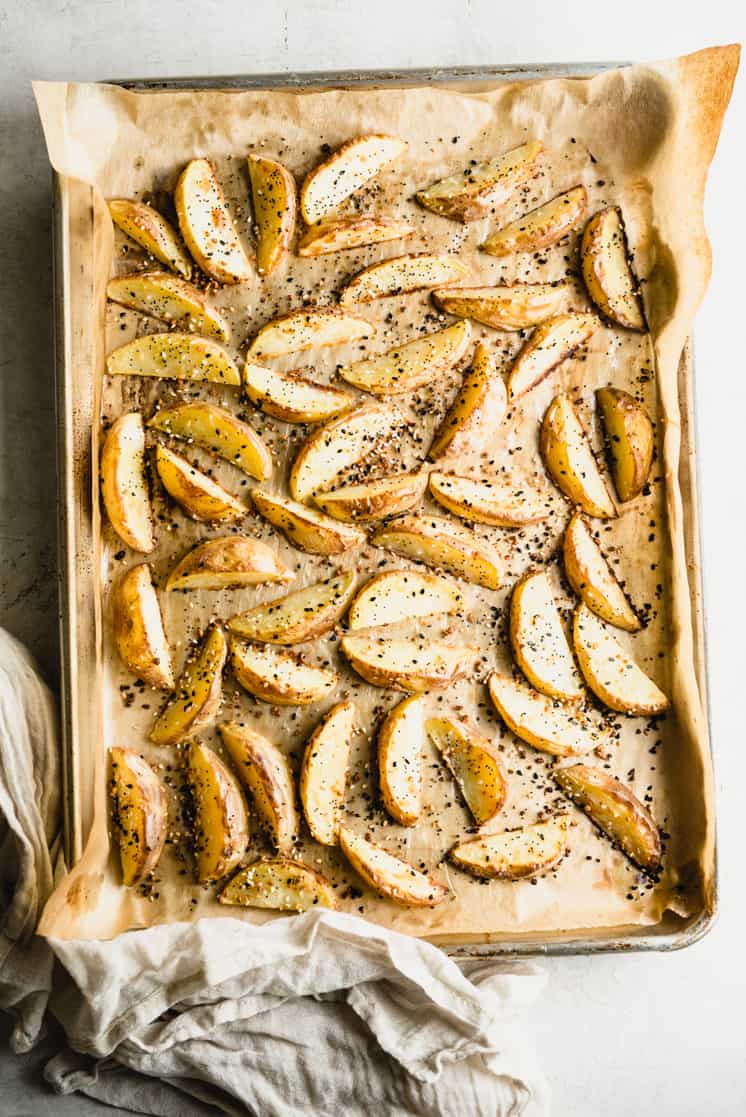 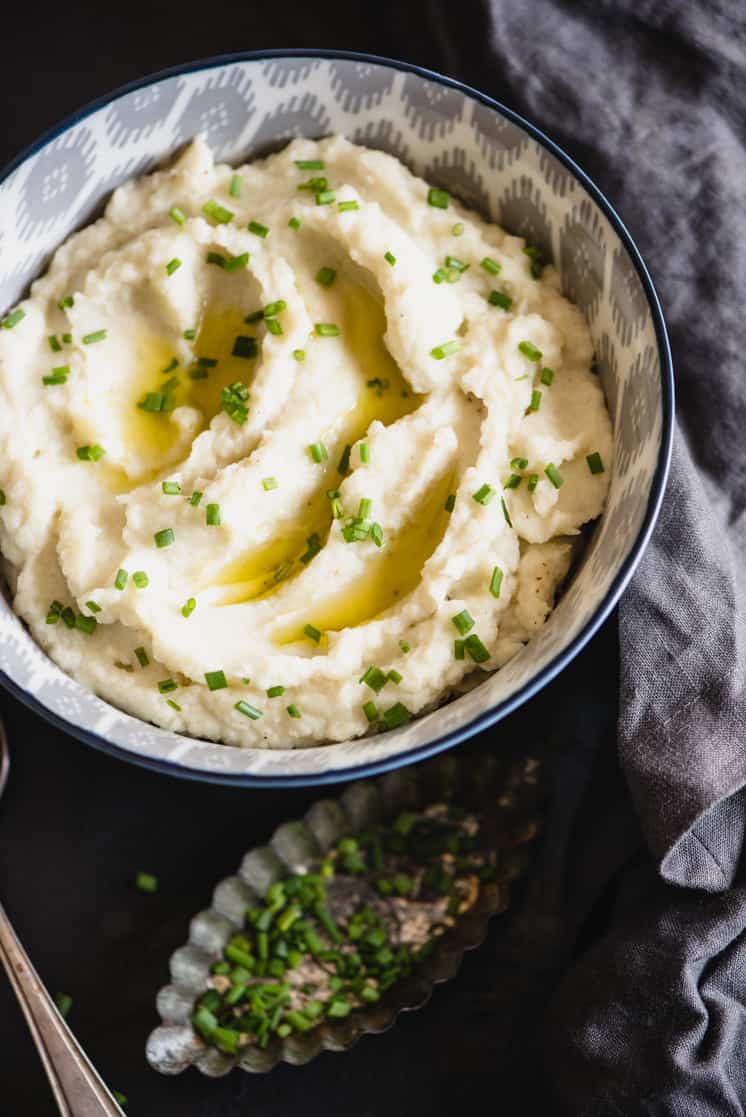