Paleo on a budget is possible! 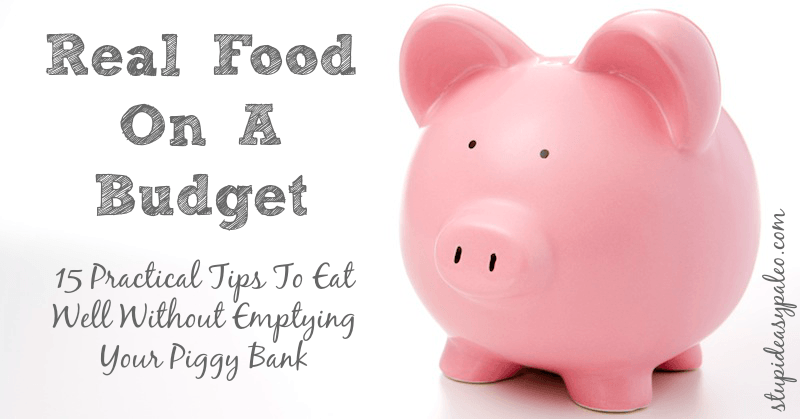 There was a day in the not-so-distant past when it was nearly impossible to find grass-fed meat at supermarket and the selection of organic produce was quite small.

My, how things have changed, but with the increased access to higher-quality food (a good thing) has come a lot of confusion (NOT a good thing). I’ve even heard people say Paleo is only for the “elite” which really perplexes me because this is the way our great-grandparents ate –and most of them weren’t high-falutin’ folk who only shopped at Whole Foods and dined on the finest grass-fed steaks.

Paleo on a Budget Myth #1: You can only eat the best [insert food here] when you eat Paleo.

False. First of all, there are no Ten Commandments of Paleo. Yes, there’s a basic template (no grains, legumes, dairy, artificial sugar, etc.), but it’s there to help you get started. There are no Paleo police to show up at your door and confiscate all your conventionally grown bananas or non-cage free eggs. Don’t use this myth as the reason why you reach for Doritos instead of a non-organic apple.

Yes, buying foods that are grown in a more sustainable, conscientious and ethical way is a great thing to shoot for if you can afford it, but don’t throw the grass-fed steak out with the bathwater. More on that later.

Paleo on a Budget Myth #2: Meat is too expensive compared with grains.

While this might be true in terms of actual dollars, it couldn’t be more false from nutrition standpoint. Gram for gram, meat and produce are far more nutrient-dense than grains or legumes. If you’re interested in side-by-side comparisons, I’ll indulge you: 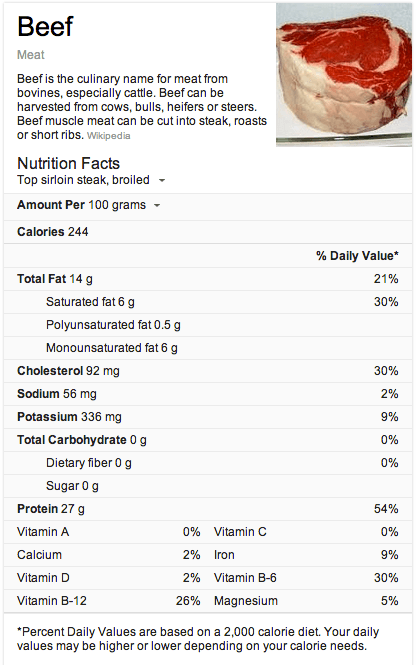 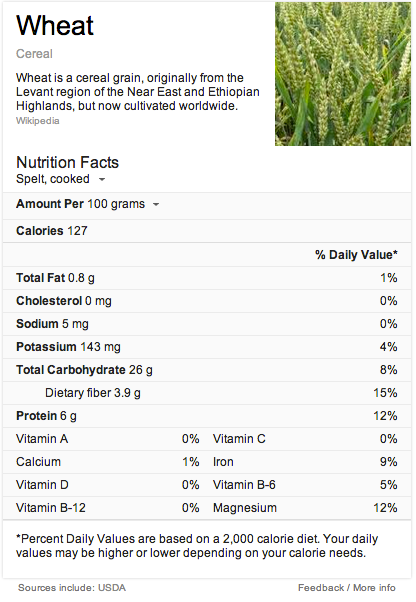 [/ezcol_1half_end]
A five-pound bag of wheat flour may be cheaper, but it’s not as nutritious as typical Paleo foods.

Paleo on a Budget Myth #3: Even if I eat better food, I’ll still end up with health problems in the future.

Well, nobody can know exactly how your future health will play out, but there is mounting evidence for the idea the role of diet in age-related diseases and some cancers (see this study and this study). These epigenetic studies indicate that it’s possible to change the expression of our genes with environmental factors like food. This concept may be best summed up by the saying, “Genetics loads the gun but environment pulls the trigger.

Times may be very tough, and the dollars you have available for food are truly stretched thin. You can only focus on the barest of Paleo standards, and that’s totally okay! Your priority list should include eating meat and eggs, veggies, fruits and healthy fats. Focusing your dollars here – and away from processed foods and nutrient-poor foods – is far more beneficial than eating donuts and soda. Don’t stress about grass-fed and pasture-raised meats; instead, buy leaner cuts, trim the fat before cooking and drain the fat after cooking. You may do well with making some expensive pre-made foods from scratch, such as probiotic-rich sauerkraut and even homemade ghee.

Bare-Bones Minimalists shouldn’t stress if their Paleo friends tell them they’re doing it wrong because they don’t buy the highest-quality [insert food here].

You have a modest food budget though it’s certainly not unlimited. You may be able to make some investments in certain areas of your shopping such as grass-fed meat for fatty cuts, free-range eggs or some organic produce (the EWG’s Dirty Dozen List can help you make choices). Some popular – though not really cheap – ingredients such as coconut aminos, nut flours, or commercially prepared fermented foods and bone broth may make their way into your cart. Shopping at a farmer’s market in your area is a real possibility. You may be able to capitalize on your dollar by doing things like buying coconut oil in large containers or participating in a cow share.

Comfortable Consumers may have the means to get a bit more invested in the “fancier” side of real food, and they spend some of their extra food dollars on higher-quality purchases.

You’ve reached budgetary nirvana! You’re able to purchase the best quality for all meats, produce and healthy fats. Paleo speciality foods and baking ingredients – often pricey additions to the average cart – may be on your list. Perhaps you’re a member of your local CSA or you’re on a first name basis with the local butcher. It’s likely you’re well-versed in the definitions and advantages of pastured, grass-fed, free-range, wild-caught foods and more. Dining out is probably more common for you.

Gourmet Gurus are likely to be pointed out by the media as examples of why Paleo is “elite” (when in fact they don’t make up a majority of Paleo eaters).

*Please keep in mind these are very wide generalizations. Which one is right? All of them.

15 Tips For Eating Paleo On A Budget

Pin this Paleo on a Budget article for later. 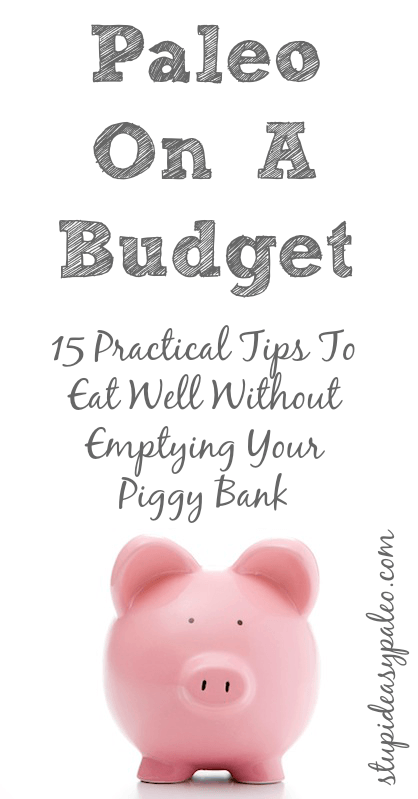 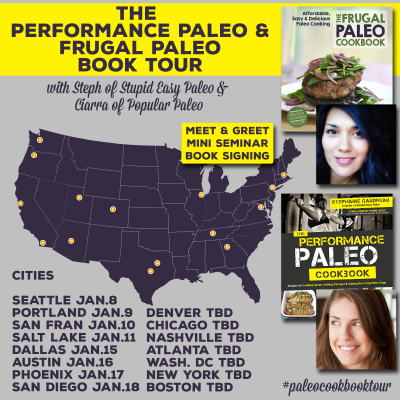 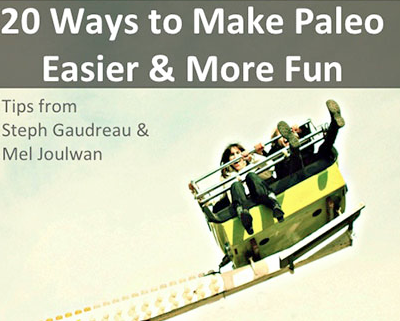 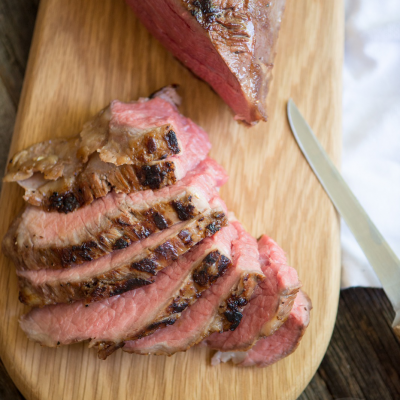 How To Reverse Sear a Perfect Steak 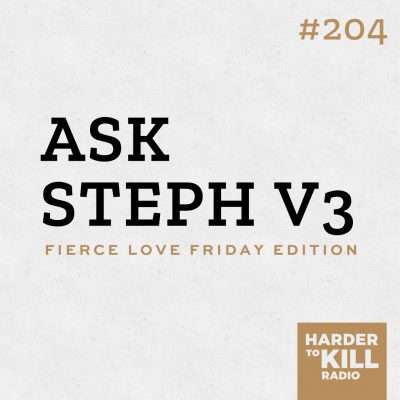 The Paleo Athlete Is Here! 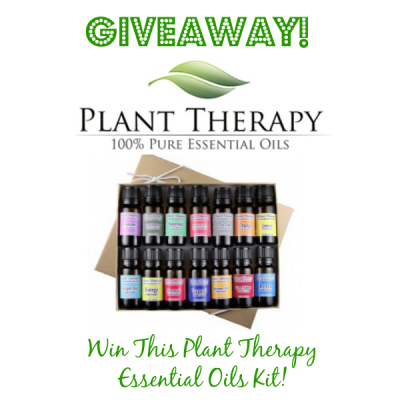 GET THE FREE GUIDE >