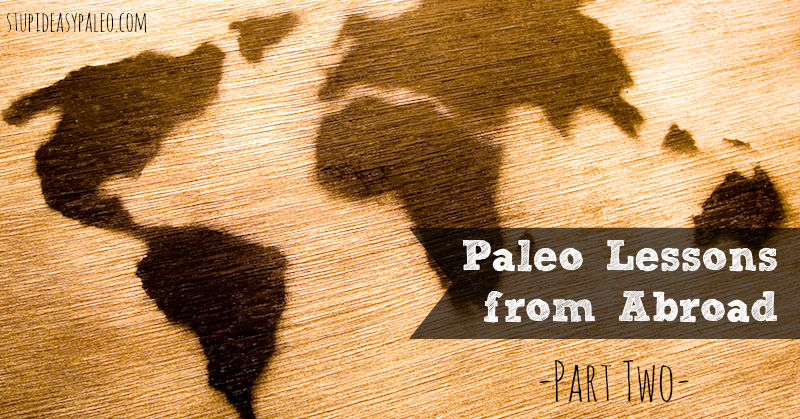 [This is the second in a three-part series about my experiences living, eating, cooking and blogging about Paleo in my past four months abroad. Click here for Part One.]

Americans are lucky when it comes to Paleo. Not only does the movement really have its roots here, but Paleo-friendly products such as coconut oil / butter, coconut aminos and grass-fed meats seem to be increasingly easy to find in mainstream markets. Even many of Paleo’s most well-known books and cookbooks have a North American slant to them. That’s not a criticism; it’s just the way it is. Luckily, though, things seem to be changing. In Part Two, I’m bringing you some of my best advice for staying Paleo with short-term travel. (Long-term travel will be covered in Part Three).

During my four month stay in Scotland, I was lucky enough to take two short trips: London-Paris and Munich-Salzburg. Lump that together with a trip to Southeast Asia in 2011 and extended travel to spots all around the Western coast of North America, and I’ve got a decent number of trips under my belt, all of them while I’ve been Paleo. I don’t have the most-stamped passport on the block, but I’ve learned some pretty important lessons from my short trips along the way.

It’s usually far easier to get Paleo-friendly food when you get to your destination than when you’re in transit. Airports, train stations and truck stops are notoriously terrible for having healthy options. If you aren’t going to sweat the food once you arrive, seriously think about what you’re going to eat while en route. Sometimes (though reader experience may prove otherwise), you can get through airport security with homemade, well-packed food in your carry on. When I left San Diego for Scotland, I brought lots of snacks: cut veggies and fruit, jerky and even hard-boiled eggs. (I ate when the meal was served so I didn’t offend them with any “smells”.)

Some folks report TSA throwing their food away, and I honestly think there’s no real standard on this, which is really frustrating. If that’s not an option and you’re going on an international flight, many airlines allow you to request special meals in advance of your departure. (I know British Airways, for example, has a gluten-free meal option which I’ve had several times. It’s not the best, but it’s better than the gluten-bomb dinner everyone else gets.) If you’re flying domestic, you may need to make a concession and get whatever looks like the least of all the evil airport food: usually a salad with some meat on it.

Paleo Travel Lesson #2: Do your homework.

A little pre-planning and research on food options before you depart is never a bad idea. Know what typical local food options are for the country / region you’re going to and what you’re going to be faced with so you’re not surprised. When I went to Bali, I wasn’t at all shocked to see virtually no beef on any menu; I looked into food ahead of time and learned that the Balinese, being mostly HIndu, don’t eat cows.

Is it a faux pas to ask for menu substitutions? Are there public markets you can sample local specialities in? What’s going to be seasonal and fresh at the time of year you visit? These are all things to think about.

Bring enough snacky bits to get you through the unexpected. Maybe your tour group is stuck in traffic or it’s miles before the next available food. Fruit and nut bars and homemade jerky aren’t ideal, but they go a long way to quiet your rumbly gut when faced with no food for hours. On my trip to Bali, I made about two dozen homemade jerky packs by using a small vacuum sealer. They came in handy more than once. No time to make something like that? Check out options from Primal Pacs or Epic Bars.

Paleo Travel Lesson #4: If you’re on business, scope out the area for future trips.

Will your hotel have a fridge? Will you have a car? What’s available at local markets? If you’re traveling for business and expect to come back to the area again, it may be worth your while to see what’s nearby for subsequent trips.

This is perhaps the most valuable lesson I’ve learned. Food is a HUGE part of a travel adventure. So much of the cultural experience of a vacation is had through its food. Smooth French wine. Heady Indian spices. Creamy Italian gelato. If it’s a once-in-a-lifetime trip, seriously think if it’s going to make your trip more or less enjoyable to be strict Paleo. If you end up only eating jerky packs on your honeymoon to Tahiti, that sounds über-sad. This is where knowing yourself is really important. If you’re Celiac or milk wrecks your stomach but you’re okay with white rice, then maybe that’s where you can be lenient. Don’t put yourself in a world of hurt, but don’t miss out on the experience of your vacation, either. You can always go back to being strict when you get back to real life.

When I went to Paris and sat on the back steps of the Chateau de Versailles under bluebird skies and a warm sun, having a bite of crispy baguette during our picnic lunch just seemed right. (Yes, I paid for it later with a sore tummy, but it was worth it because the food was part of the experience that made that day magical.) Here in Scotland, I had the chance to try haggis and black pudding which aren’t Paleo because they contain oats. I ate them anyway, and they were surprisingly delicious. Then, I went back to my normal eating routine.

You may disagree and / or have a reason why you absolutely couldn’t ever eat XYZ but just consider if being really strict with Paleo will enhance or take away from your experience.

Out to eat at a fabulous restaurant in a international city but all you can think of is whether the meal was cooked in vegetable oil or not?

Yes, Paleo has guidelines to help improve your health but when you feel you can’t order off the menu because the food is cooked in some unknown oil or might have iodized salt, you’re missing the point. When you’re on that trip of a lifetime, don’t sweat the small stuff. You’ll be back home soon enough where you can control those sorts of things. It’ll make your trip much more enjoyable to relax a bit. 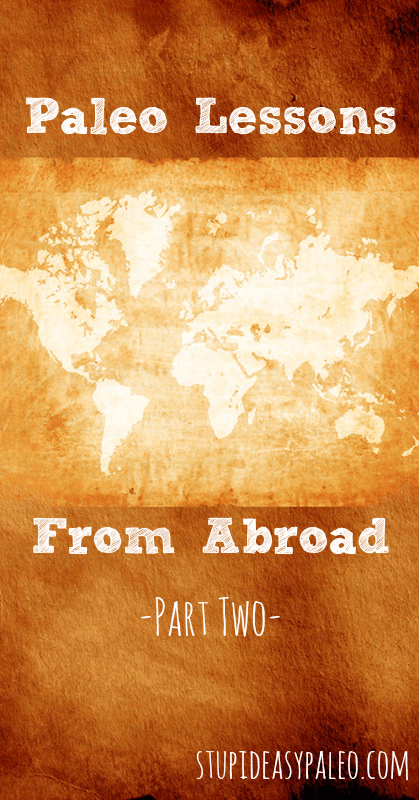 What’s the best travel tip you have for staying Paleo? 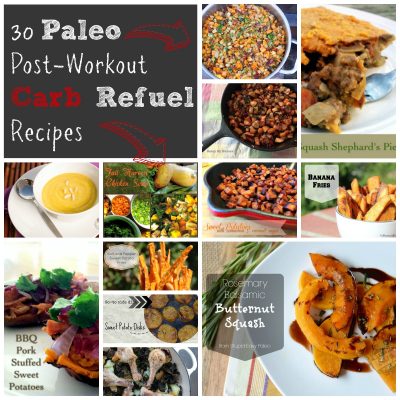 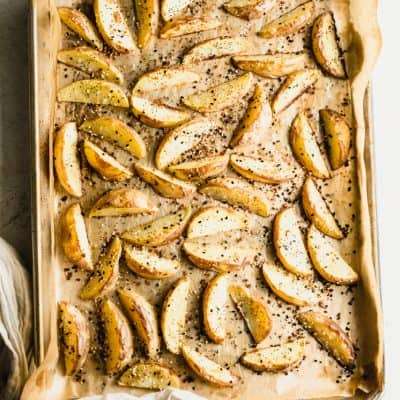 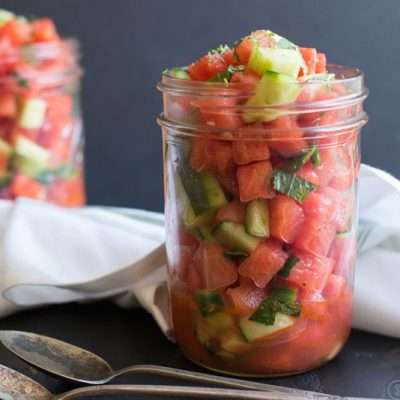 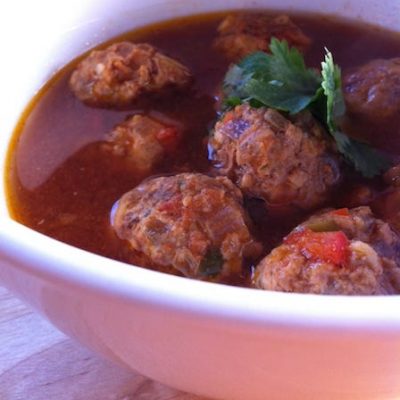 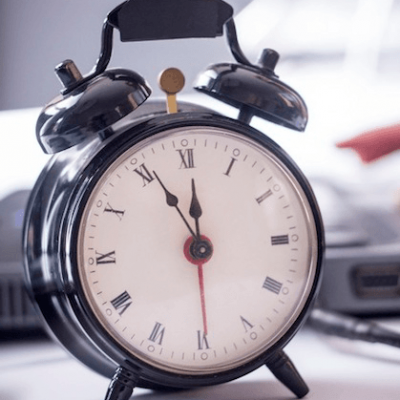 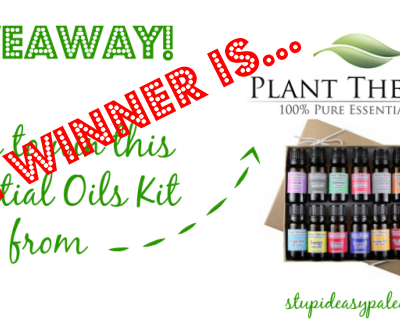 The Winner of the Plant Therapy Essential Oils Kit Is...