Steph Gaudreau, CISSN helps athletic women over 40 fuel themselves better, get stronger, increase their energy, and perform better in the gym. She’s a sports nutritionist and lifting coach.

In her best-selling book, The Core 4, she details a four pillar approach to getting stronger, embracing your body, and owning your power. Steph is trained in biology and human physiology, and is a Certified Sports Nutritionist from the International Society for Sports Nutrition (CISSN). She’s also a USA Weightlifting Sports Performance coach.

Her weekly podcast, Fuel Your Strength, started in 2015 and has 4+ million downloads. She’s an international speaker and has been featured in Outside, SELF, and ESPN Radio. 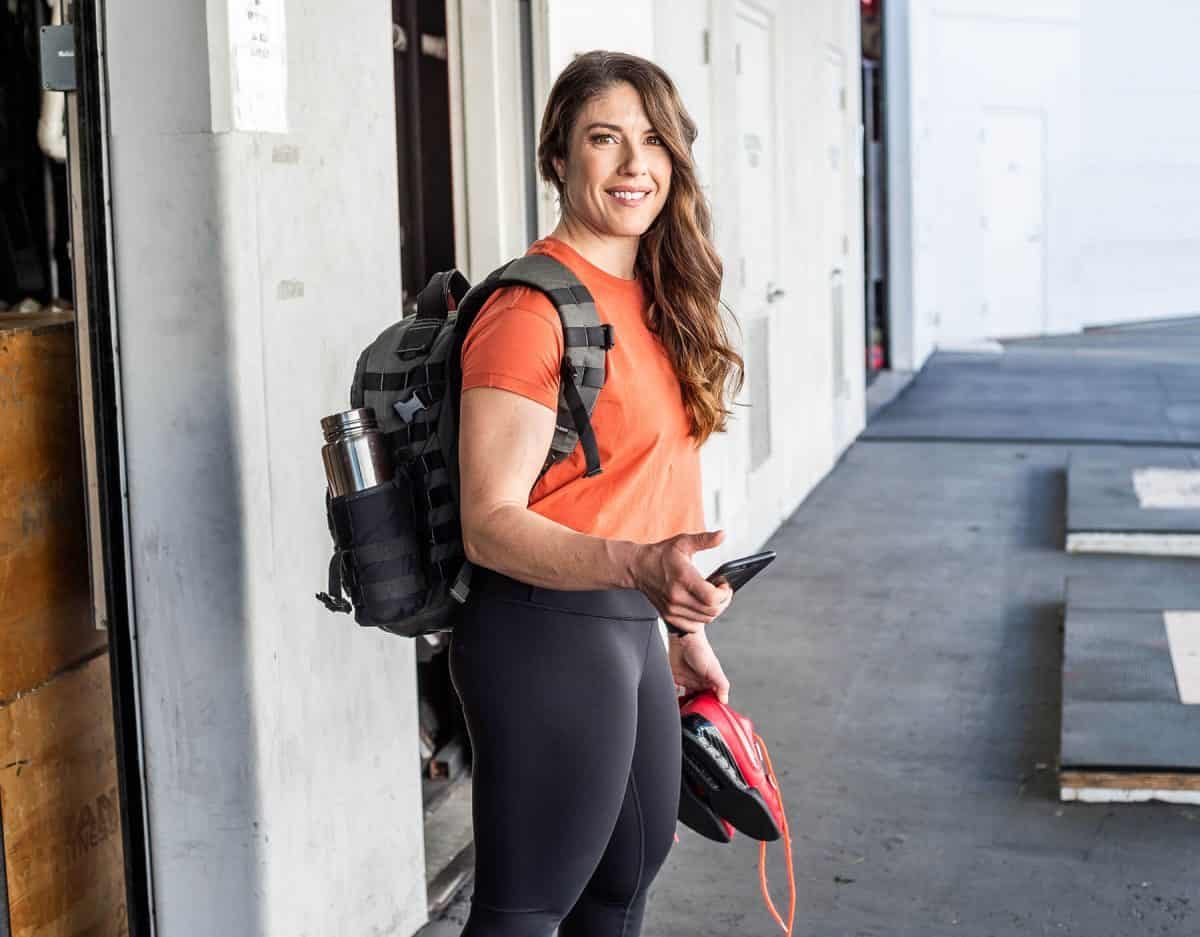 MORE ABOUT STEPH GAUDREAU - NUTRITION AND FITNESS COACH FOR WOMEN

Steph helps women athletes over 40 fuel themselves better so they get stronger, increase their energy, and perform better in the gym.

Steph has written three books. Her newest book The Core 4, is a #1 Amazon best-seller. It shares her Core 4 pillars of health (HarperOne). Her award-winning book, The Performance Paleo Cookbook: Recipes for Eating Better, Getting Stronger & Gaining the Competitive Edge (Page Street Publishing, 2015) and the best-seller The Paleo Athlete: A Beginner’s Guide to Real Food for Performance (self-published, 2014).

Steph has a popular weekly nutrition and fitness podcast, Fuel Your Strength, sharing how athletic women over 40 can learn how to eat, train, recover, step into their strength, and feel like badasses! To date, it’s had over 4 million downloads. She’s also the creator of Strength Nutrition Unlocked and the Women’s Strength Summit.

In addition, Steph’s an international speaker on the subjects of nutrition and strength training, giving talks at the Ancestral Health Society and the Ancestral Health Society of New Zealand. Steph’s been recognized in the media by publications such as MindBodyGreen, Outside Magazine, Triathlete and SELF, has appeared on ESPN Radio, and her blog was named by Greatist as one of its 15 Must-Read Health and Happiness blogs of 2016. Scroll down to see more media appearances.

She lives in San Diego with the loves of her life, her Scottish husband Z and her cat Ellie. When she’s not lifting heavy stuff, you can find her tending to her garden, standing on the dining room table to get the perfect food photo shot, practicing Brazilian jiu-jitsu, and reading about how to be a better human. 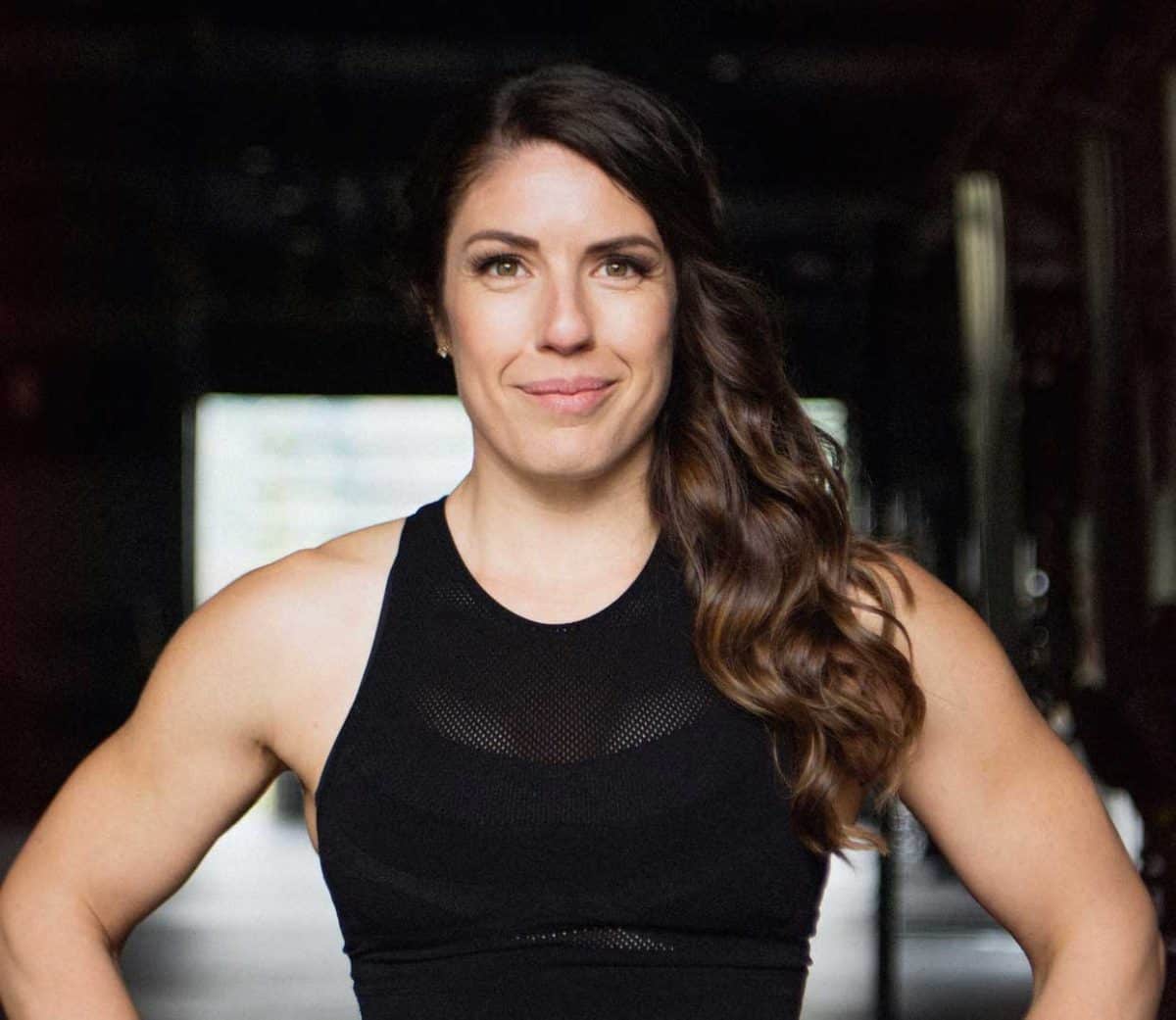 May 1, 2017. I Had Body Dysmorphia–Here’s What I Want Body Shamers to Know on Self.com.

December 9, 2016. Avoid the Smoothie Trap on the CrossFit Journal.

November 17, 2016. A Holistic Approach To Strength – And The Hidden Benefits of Strength Training at the Revolution Strong Summit.

November 16, 2016. A Caveman Thanksgiving on SanDiegoReader.com.

July 19, 2016. This Kombucha Slushie Will Cool You Down This Summer on Spoon University.

June 28, 2016. Q&A with Steph Gaudreau about Post-Workout Nutrition at The Athlete Daily.

May 31, 2016. Top Ten Tips for Getting Healthy Happy & Harder to Kill at The Athlete Daily.

February 24, 2016. Catching Up with Steph Gaudreau on Puori.com.

July 20, 2015. Injinji reviews a recipe from The Performance Paleo Cookbook.

May 26, 2015. Steph’s photography was featured on NewYorkPost.com.

May 23, 2015. Steph pops by Paleo Magazine’s booth at PaleoFX for an interview. Catch it here!

May 14, 2015. Steph’s recipe for Blueberry Pork Patties from Performance Paleo Cookbook is released on spright.com.

April 26, 2015. Steph presents with Mel Joulwan and speaks on the Supplementation for Performance panel at PaleoFX in Austin, Texas.

April 10, 2015. Steph appears on Fox 5 News San Diego’s morning show talking about foods to help you make the most of your workout.

March 30, 2015. The Performance Paleo Cookbook is reviewed by BreakingMuscle.com.

March 17, 2015. A review of Performance Paleo Cookbook appears on OutsideOnline.com!

January 6, 2015. Brit+Co interviews Steph on all things Paleo and CrossFit.

December 27, 2014. Brit+Co lists Stupid Easy Paleo as one of its Paleo Instagrammers to watch!

December 17, 2014. Steph sits down with Dave Conrey for episode 35 of the Fresh Rag podcast.

December 16, 2014. Steph’s recipe for Mocha-Rubbed Slow Cooker Pot Roast was named one of the 22 best Paleo recipes on the web by Paleo Magazine.

December 11, 2014. Steph chats with Joy and Claire on episode 75 of the Girls Gone Wod podcast.

October 20, 2014. Steph guest posts on The Paleo Mom’s site with the article, “Four Things You Need to Know Before You Start Strength Training.”

September 27, 2014. Steph gives a presentation about nutrition for athletes at Taste of Paleo.

April 13, 2014. Steph speaks on the Supplementation for Performance Panel at PaleoFX.

October 23, 2013. What’s the Deal With Safe Starches?, Steph’s article for HellaLife.com, is published.

September 18, 2013. Fresh Rag’s Creative Business Podcast features an interview with Steph about why health is so important to entrepreneurs.

September 14, 2013. Steph’s article, Ask a CrossFitter, is published on CaliforniaPaleoKitchens.com.

August 22, 2013. Steph writes Eating In All Directions for RobbWolf.com.

July 31, 2013. Whole30 features Steph’s Whole30-only Pinterest board as a resource for readers.

July 23, 2013. Steph’s tutorial for How to Pan Fry the Perfect Steak, posts to HellaLife.com.

July 12, 2013. Steph’s article, 3 Reasons To Get Meat Adventurous, is featured on HellaLife.com.

June 13, 2013. Steph’s article, Time to Eat a Steak: Why Red Meat Should Be On Your Plate, is published on HellaLife.com. 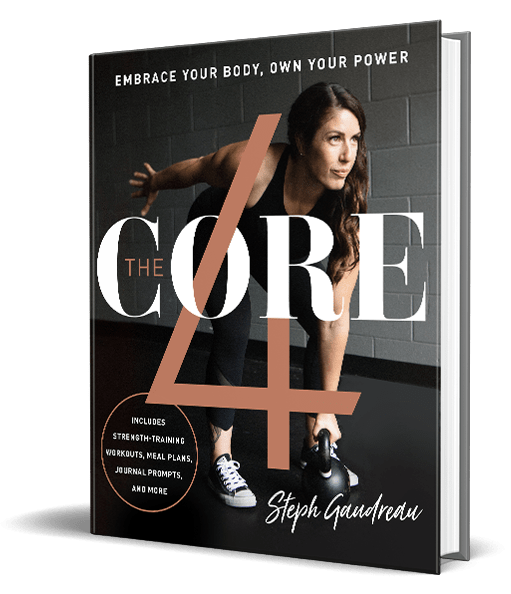