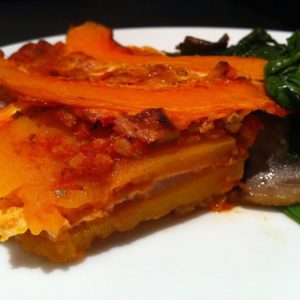 Paleo Butternut Squash Lasagna is a gluten-free and paleo take on a classic dish. It's a simple way to amp up your veggies. Layers of butternut squash stand in for noodles, and they alternate with a homemade sauce and savory ground pork.